Bad news for the fans of World Superbike BMW riders Marco Melandri and Chad Davies, as BMW Motorrad has just announced they will no longer have a factory involvement with the series after the 2013 season ends.

Stephan Schaller, General Director for BMW Motorrad declared that the German manufacturer’s decision is motivated by the “strategic realignment of the brad”. Likewise, the Bavarian manufacturer will turn their focus on developing the consumer products including under 500cc, over 500cc and e-mobility.

Breaking the corporate talk, this means BMW is no longer interested into high-end motorsport and they’re going to spare that money and invest in in the new small-displacement bikes we told you about in this editorial.

BMW Motorrad will also continue their worldwide customer sport program from 2014 on, the press release adds. And yes, this means the SuperStock team goes kaput after the current season.

Marco Melandri is currently 3rd in WSBK with 207 points, behind Guintoli (239) and Tom Sykes (235), and Chaz Davies is in position 5 with 174 points. In the manufacturer’s standings, BMW is third, only5 points down Kawasaki and led by 38 points by Aprilia. 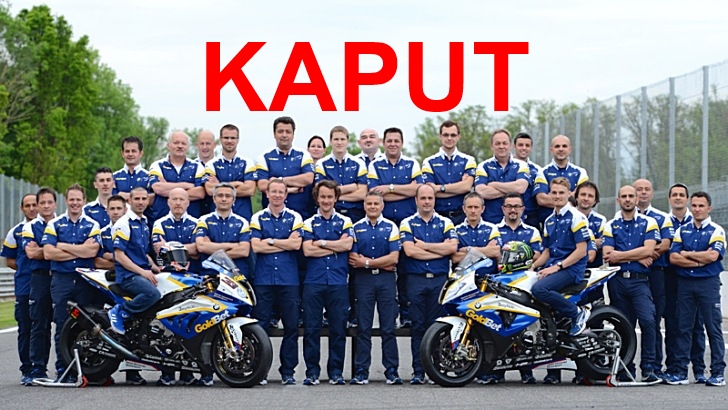