↓
Home→HONDA→New Honda 160cc bike to be launched in November instead of September 2014 : Auto, News – India Today

Japanese manufacturer Honda had plans of catering to the middle segment of buyers by launching a 160cc sporty motorcycle in early September 2014. However, latest news informs us that the company has postponed this launch two months ahead, to November 2014. 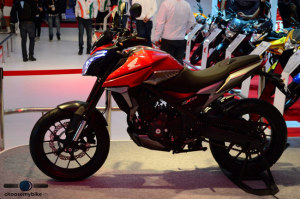 The last few weeks have seen three major bikes in this segment being launched in India. Two of these bikes are by Yamaha- the FZ and Fazer, while Gixxer 155 is by Suzuki. We felt that Honda would put competition to rest by launching its latest 1600cc offering this month, but that was not to be.

The new Honda 160cc bike will be more powerful than its existing CB Trigger. In fact, it could possibly replace the CB Trigger and will be priced below the CBR150R. In addition, the new bike is also expected to come with a more aggressive design than the CB Trigger.

So far, the only 150cc bike that Honda has successfully sold in India is the CB Unicorn. However, the Unicorn is oriented towards the family and is not meant to be driven hard. Honda hopes that the new 160cc bike brings back Indian youth to the “winged” brand, for some spirited driving.

via New Honda 160cc bike to be launched in November instead of September 2014 : Auto, News – India Today.